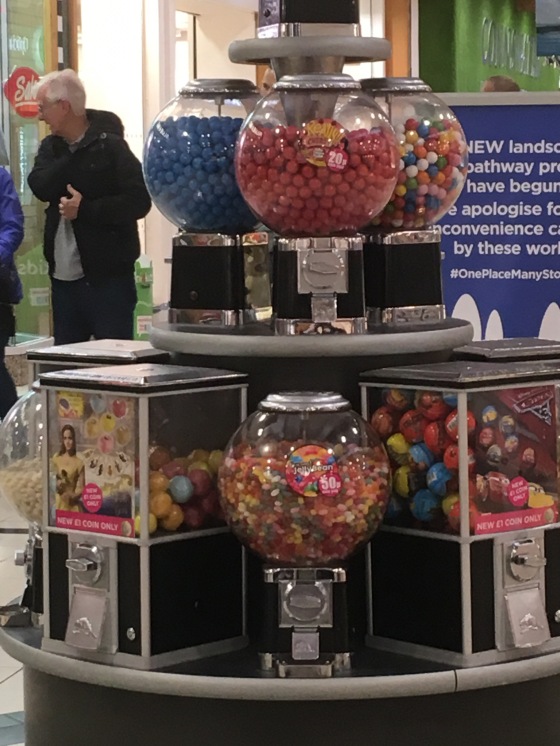 I made a rare foray to a shopping centre today.

I had no particular reason to be there and nothing I wanted to buy, just a little bit of time to use up before a meeting.

I had barely entered the complex when a very pleasant young woman approached me.

She asked if she could chat to me. I told her I’d be delighted. I love to make new friends.

She then asked me if I was aware that Poundland are now stocking a range of men’s and women’s clothing.

It seemed an unusual ice breaker. Then again I’m not so familiar with what the young people like to talk about these days.

Also my knowledge of what’s going on in the world is not as complete as it once was.

What was more important to me was that she had made the difficult first move. She had reached out to me as a new friend.

I told her that I wasn’t aware of it but that I felt it to be a tremendous advancement in world affairs.

She seemed encouraged and thrust a card into my hand.

Now I became worried that I had perhaps led her on. I wanted to be straight from the start so I told her I was happily married.

But it’s ok, I reassured her, we can still be friends.

As I left I assured her that we would chat again, but she was still reeling from her previous disappointment and didn’t seem to want to engage anymore. Such a pity, I thought.

But as I continued through the centre I found myself attracting more and more friends.

Total strangers were drawn to me like fog to the wet grass on a cold morning.

I took this as validation of my new positive outlook on life. Clearly I was emitting a positive aura and the public were powerless to resist it.

I gave them all a little bit of my time. It seemed the kindest thing to do.

It was life affirming. I became quite emotional and tried to hug one of my new friends.

But he was modest and insisted on keeping me at arm’s length.

It seems churlish to complain on such a special day.

But if I had to find fault then I would certainly question some of the conversational skills.

I felt particularly sorry for the young man who started our friendship with ‘Do you mind if I ask who your electricity is with?’

How sad to be so desperate for human contact but to be so limited in your intellectual and verbal range.

I told him that I didn’t mind in the slightest but insisted there were much more interesting things we could talk about.

He looked quite startled. As if the whole world was just opening up to him for the first time.

Conversation skills are certainly limited amongst the young. I blame the TV. And mobile phones.

If they can move away from those things they will certainly develop a better understanding of what is going on around them.