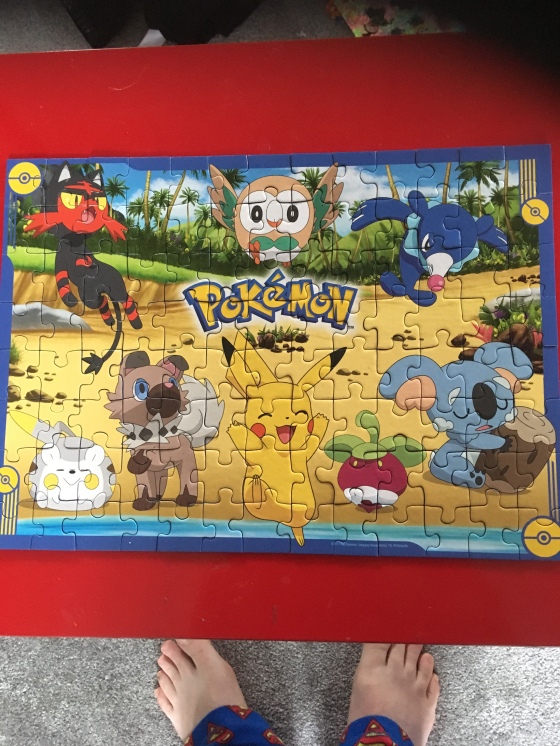 It’s July and it’s raining. My son is at the age where he demands the maximum amount of stimulation and entertainment. Because I carelessly neglected to produce any siblings for him to play with the burden falls on me during these long summer days…..these long, long summer days.

Here are ten ways I have tried to fill some time today. This is just from one day.

1 Dawn jigsaw. My son wakes early and doesn’t believe in easing himself into the day. Therefore I’m in my pyjamas and doing a Pokemon jigsaw before the morning birds have found their voice. I don’t like jigsaws at the best of times. At 6am, even less.

2 Lego. I’ve been meaning to write about the sadism of Lego toys for some time. My son has an abundance of Lego sets left over from his birthday awaiting my desperate attention. The utter desolation of having to build something which has 120 pages of instructions. The torture of reaching step 97 only to realise you put a tiny bit on back to front several hours ago on stage 16 and it now all has to be taken apart. I know I might be missing the point Lego manufacturers but how about selling some toys which come already completed? Just a thought.

3 Ryan’s Toy Review. My feelings on this particular YouTube sensation are already well rehearsed. But as I’m coerced into sitting on the sofa watching my son who is watching Ryan who is watching Combo Panda playing a video game, I’m forced to consider if mankind has lost its way.

4 Role-playing. A daily occurrence but endlessly unpredictable. My son leads me by the hand into the larger room and announces he has invented a new game called ‘Zombies vs Monkeys’.

5 Indoor football. If my wife asks what happened to the good wine glasses, say nothing.

6 Surfing the web. Today we watched on Youtube an old wrestling match between Giant Haystacks and Big Daddy and a Japanese B movie that my son wanted to see because it had a battle between Godzilla and King Kong. Worth checking out just for the scene where they transfer King Kong to the battle scene by tying balloons to his arms.

7 Wrestling on the bed. Recreating the bout between Big Daddy and Giant Haystacks (see six).

8 Afternoon jigsaw. I think I may enjoy the second Pokemon jigsaw more because I’m wide awake this time. I don’t.

9. Drawing. My son seems to have an aptitude for this but grows bored quickly. He goes back to playing on the iPad while I finish the series of 12 monster drawings that he has planned. I feel cheated when he passes the work off to his grandparents as his own.

10. Downloading a game. My son can already do this more efficiently than me. My sole job here is to insert the password which gives parental approval on the iPad. My son is less than impressed when I admit I’ve forgotten the password. I’ve never felt less valued. 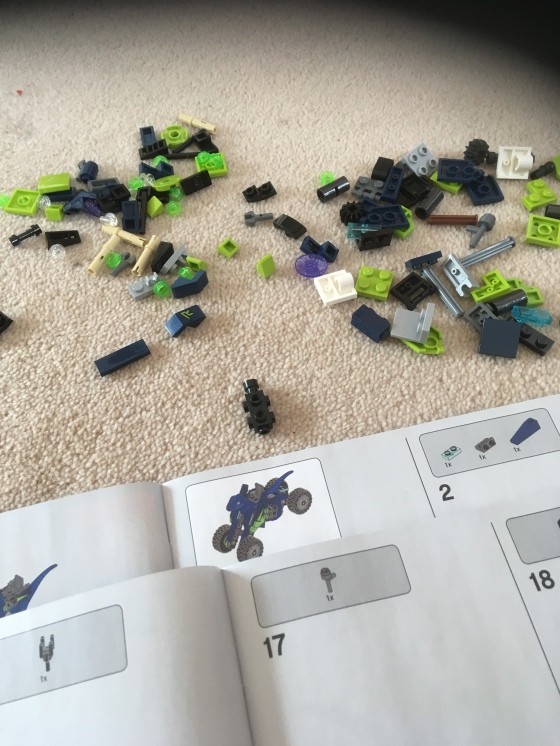