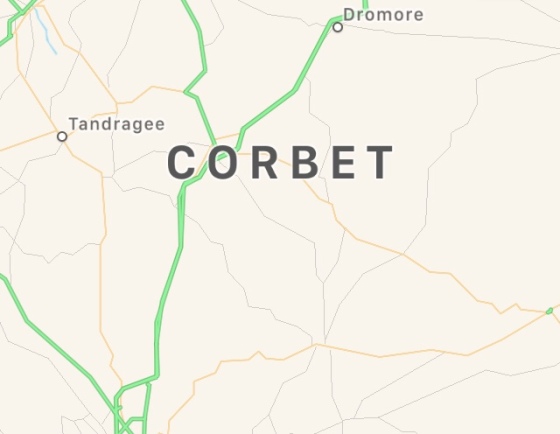 As summer days go this one is pretty close to perfect. The sun is bringing out the pale freckles on my son’s skin and it’s an afternoon of fun. We’re in a large playground in Banbridge and the jollity of the children playing here seems infectious.

There’s a new spirit of adventure within my boy which enables him to go on the big slides and tall climbing frames which previously he would only have gazed at longingly. Even better, he’s playing happily with his two cousins and not insisting that I follow him around every moment, climbing with him and descending the slides with him on my lap.

He’s so relaxed that I’m able to leave him happily in the care of his aunt while I go to Tesco’s and buy something for mummy’s dinner. Usually this is an agonised procession with him following me up and down the aisles, moaning about how bored he is.

Even the act of departing the park passes without complaint as I buy him an ice cream and we chat happily while walking back to the car. The amiable conversation continues as I drive from the car park, discussing what I’m going to make for dinner for when mummy gets back from work.

Getting home should be no problem. I’ve driven this route many times before, straight through Banbridge and then up the A1 towards Hillsborough. But perhaps today I’m just a little bit too relaxed, chatting so much that I’m not thinking about the journey.

Whatever it is, I drive for about ten minutes before I turn to my son and say: ‘Buddy, do you have any idea where the hell we are?’

To give some context I am famously bad at navigating. I’ve lived close to Lisburn for many years but still am unable to drive through the town centre without getting lost. Worse, I often get confused in my house in the dark at night when I wake up and have to go for a midnight pee.

Once, in a hotel, I mistakenly stumbled into a walk-in wardrobe and had difficultly finding my way out.

So here I am, I’ve clearly taken a wrong turn and now I’m driving along a rural road in Co Down trying to find anything that I recognise or a sign that will guide me to where I need to go.

Then, just as I’m beginning to lose hope, we spot a settlement. A small village.

‘Here we are buddy, here’s a little town. We’ll be able to work out where we are now.’

We pass a sign. It reads ‘Welcome to Corbet.’

I read it aloud. My son begins to laugh. There is something onomatopoeically comic and pleasing about the name. Don’t be a Corbet! You’ve dropped a Corbet! Stuck in Corbet! I don’t give a Corbet!

I’ve lived in this area for a few years but I’ve never heard of Corbet.

I look for a sign to tell me how to get home. There aren’t any. There are no people in the street. Corbet seems to be a strange, ghostly place and we pass quickly through it.

I turn off onto a smaller road and drive some more. Then I make another turn, and another. My (admittedly flawed) logic is that if I drive for long enough I’m bound to spot something I recognise.

Then we pull out onto a larger road, after another minute I see a settlement and a sign.

It reads ‘Welcome to Corbet’.

‘Fecking hell’ I whisper, but my son can’t hear me anyway because he’s laughing again. We drive through Corbet again. Still there are no people. I wonder if anyone lives here.

This time I go off in another direction. The road I’m driving on now is very narrow, just one lane and no room for passing. It’s when I notice that there is grass growing in the middle of the road that I realise I may have made a terrible mistake.

I speak to my son.

‘You know buddy, I really hope we don’t run into another vehicle on this road.’

No sooner have the words escaped my lips that a huge tractor pulling an even bigger trailer appears on the road in front of me, blocking out the sun. Both vehicles stop. The young farmer driving the tractor meets my eye.

I begin to reverse along the narrow country lane.

Which probably explains why I drive the rear wheels of my car straight into a ditch.

I pull the car forward, the wheels spinning as they bump out of the trough. Then I reverse again. After what seems like several miles of retreating with my car engine squealing in protest I come to a farm entrance and am able to pull my car in so the tractor can pass.

I look at my son. He looks at me. His role model.

We drive on. A couple of miles later I see a man in a field. I stop the car and get out, waving him over. I ask if he knows the way to Hillsborough.

‘Hillsborough?’ he repeats, scratching his chin, ‘I don’t think you can get there from here.’

Despairingly I ask him if he knows the way to Dromore. He points me in a certain direction, although without confidence.

It reads ‘Welcome to Corbet’.

I’m a bit worried now and my usual faith in reason and logic is rapidly fracturing. I consider the possibility that Corbet doesn’t actually exist other than as an idea in my brain. It’s a Blair Witch type vision of horror that I’m condemned to repeat over and over again, each time my hopes are raised only to be shattered when I see the terrible sign ‘Welcome to Corbet’. I’m cursed to keep driving through Corbet until I’ve got a long, white beard, warning off other foolish young travellers who get lost. The Eagles ‘Hotel California’ is going round and round in my head.

But you can never leave!’

At this point I would probably surrender to the Corbet curse entirely if it wasn’t for the fact that I have my son beside me and he wants his dinner. I gather myself and try again, even though leaving Corbet is evidently harder than leaving the EU.

We set off again, on another road which I’ve never seen before in my life. We drive a few miles until we come to a settlement. The only really good thing I can say about this village is that it is not Corbet.

We come to a little crossroads and I finally see a road sign, causing my heart to leap.

The arrow to the left says ‘Dromore 4’

The arrow to the right says ‘Dromore 4’

I sit there. I look at my son, he shrugs his shoulders.

‘At least it’s not Corbet daddy.’

I pick one of the roads and drive for a bit until I see a sign for Dromara, which I know is close to where I live. I follow it. I find a little thatched cottage. Then I find a deli. Then I find an animal hospital. Then I find a really long wall. None of these I have ever seen before.

Then I turn a corner and somehow I’m in Hillsborough. I’m not sure of the route I took. I’m not sure it even actually exists. It felt like we were away for a long time but when he got back to the village we had not been missed. There were no search parties or police hunts. I conclude that an hour in Corbet is but a second in Hillsborough.

I’m still a touch discombobulated and confused as I pull my car into our driveway. My son gets out and falls to his knees on the tarmac, kissing the ground. Then he hugs our house. It all seems a bit melodramatic to me.

We go inside. I make dinner. Mummy comes home from work. My son tells her about Corbet. She laughs and rolls her eyes. We watch some telly. Then we go to bed.

But I can’t sleep.

At some point in the small hours my son wakes from his bed and crawls in beside us. Soon he’s snoring softly.

And then I think I hear him say something. It’s so low that I have to put my ear close to his mouth to hear the whisper. It chills me.