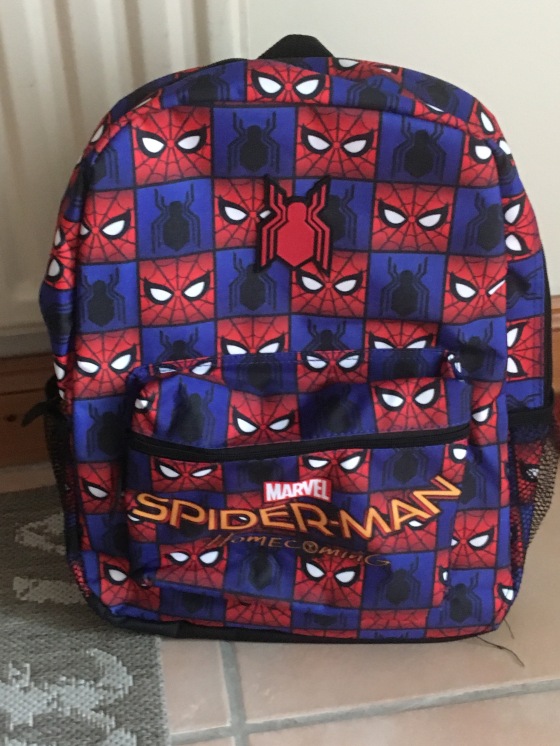 There’s a large group of us.

It looks something like an industrial picket outside a factory. Except the tensions are higher here, the nerves more fraught.

The school bell sounds, more like a car alarm than a bell. A nasty, horn of a noise. A man with a large ring of keys opens the lock. The parents edge forward like nervous mountain sheep looking to be fed.

The grey void of a sky is melting and a pale sun is trying to break through.

There’s a moment of confusion, nobody really sure what happens next. Then the teachers appear, bringing the kids out into the playground, making them stand in lines.

We see our boy and soon we’re waving furiously. He spots us and his shyness can’t conceal the excited smile.

The teachers let the children out one by one, when they know the right parent is there.

Soon it’s his turn. My stomach leaps like a hungry fish.

He begins to run. I hold my arms out. He runs. I kneel down. He runs….

She’s drowning him in kisses and I have to content myself with a fatherly ruffle of his hair. But that’s grand. He’s back with us.

The classroom assistant tells us he’s been fine. A few tears after we left and then calm. It’s all going better than we’d ever hoped.

The first day is done. Chalk one off the total.

We take him into town in my car. We’ve promised him a new toy and lunch at a cafe as a treat.

I fire questions at him. I want to know about the first day. But he’s not for sharing.

‘Did you play with your friends?’

‘Was the teacher nice?’

‘Did she tell you a story?’

I feel I’m not getting the full picture.

A few more of my questions are batted aside before he decides to bring a halt to the interview.

‘Daddy, if you really want to know want P1 is like then just become a kiddie again.’

I suppose we’re all a bit worn out. The long build up of emotion. The short release. The weary aftermath. The car is quiet now.

I don’t quite know what to feel. I’m thinking about a poem one of my correspondents reminded me of last night. On Children by Kahil Gibran. One line keeps coming to me now.

‘They come through you but not from you.’

Because I think it’s a reaction to that we’re feeling in our own way. Our desire to claim him. To own him. To stop anyone else getting a stake.

But that’s not the way forward.

I know that he’ll do better with all the other children. With the teacher. With all the questions. With the new world.

The truth is I can’t stimulate him enough. There’s a part of him that’s outgrown me already. A part of him that needs the new challenge. Even if he doesn’t always know it.

And that’s good for me too. I can’t be all of him, just like he can’t be all of me. I know I’ve been hiding behind him for many months. A good comfort, a good reason why I don’t have to engage with society.

It’s time for both of us to show our faces.

We’re in a cafe now. He’s eating chips and playing with his new toy. A dinosaur set.

He’s babbling excitedly. ‘Mummy, you can be the dinosaurs, I can be the hero.’

‘You can be the tree daddy.’

And that’s it. We move on as before. He wants to go to the lake to feed the ducks next, to jump in the puddles.

2 thoughts on “The first day at school. Coming back”