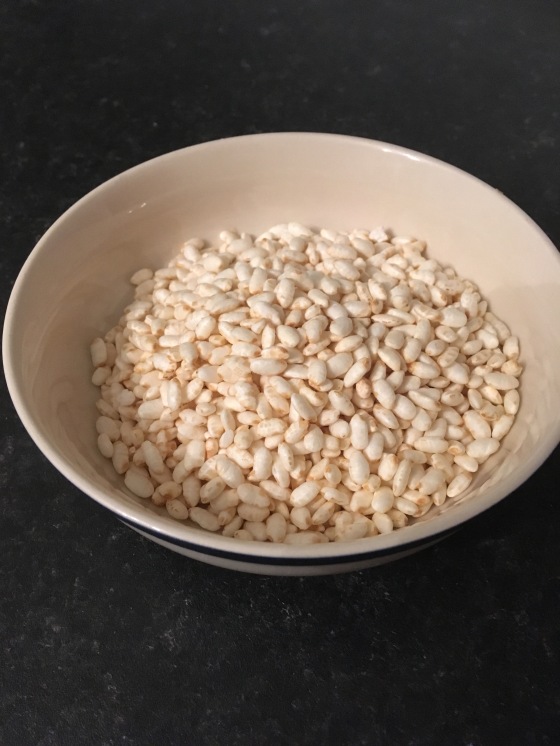 I only half-read the email at first. But as I was quickly scanning the message a line jumped out at me.

Ah! Finally the recognition that I’d craved for years. I’d always seen myself in an ambassadorial role. I started to imagine a scene where I was lounging on a couch, hosting the social event of the year in a grand country house while a maid carried around a big tray of Ferrero Rocher.

But hang on, there were so many questions. Who wanted me to be an ambassador? What would my duties be? Would I have my own butler?

I read the email in more detail. It was from Safefood, an all-Ireland public body responsible for raising consumer awareness of issues relating to food safety and healthy eating. They were seeking my blogging services to help promote a new family orientated campaign to encourage children to eat healthier.

Ok, no butler, but still a worthy cause. I agreed to help. Thus I’m being paid a modest sum for writing this blog. I’ve never used my blog for commercial purposes before and I’m only doing it now because, like many other parents, I worry about the food my son eats and would like to improve his diet.

So the challenge? The START campaign encourages participants to instigate one ‘healthy start’ on a daily basis. Changing one thing about our diet and sticking with it. They call it the ‘daily win’. The philosophy is that big results begin with little changes.

I started thinking about it. My four-year-old is the pickiest of eaters. A daily win usually involves getting him to eat anything at all, healthy or not. He eschews most fruit and all veg and seems to have an inbuilt radar that sniffs out anything which might be remotely considered healthy.

In my mind this became more than a challenge. It was The Challenge.

Breakfast seemed a good place to start. My boy is in P1. I send a healthy packed lunch with him everyday to school but I’ve no way of controlling how much or any of it he eats. It’s often stated that breakfast is the most important meal of the day, and this is underlined when you know it might be the only thing your son eats until you pick him up in the afternoon.

But as it stands his breakfast consists of Coco Pops. Or Honey Puffs. Or a combination of both (Coco Honey Pops Puffs?)

I’ve tried him with various healthier options but it usually descends into a tantrum (him, me or both) until I give in. Better that he eats something sugary rather than nothing, I reason.

My bold, and rather hopeful idea, is that I’m going to replace Coco Pops with organic wholegrain puffed rice cereal. Essentially Coco Pops without the coco. And the pop.

To ease the passage I start eating the puffed rice for my breakfast a couple of days before him so my son gets familiar with the idea. I can’t sell them to him as organic wholegrain puffed rice cereal so we both settle on the name ‘daddy rice’. Catchy.

They’re a little bland but I can sex them up a bit with pecans and blueberries. But I know I won’t have this option when I introduce my son to the new breakfast.

I briefly flirt with the idea of making my own puffed rice. The logic being that if I can get my son interested in making them he might be interested in eating them too.

But when I google it the method seems desperately complicated. One recipe suggests using a miniature cannon to create the high pressure necessary to puff the grains. Reluctantly I abandon this idea following discussions with my wife. Me and a cannon. It would end in tears.

The night before The Challenge begins I sit my son down to talk to him about it. Make him aware, keep him involved, get him excited about it. He seems to like the idea. We do a high five. My hopes are lifted.

Hmmm. It could be a tricky morning.

The hour before school is always frenetic. Rows over dressing and washing. Add The Challenge into the equation and the potential for an overflow of tension is very real.

My son’s watching some TV when I produce two bowls, one small, one large, of the organic puffed rice. I sit beside him.

‘Wo-hoo! It’s time for The Challenge.’

His face screws up in disgust.

‘We’ve talked about this son. Remember we said we were going to try the new healthy breakfast.’

This debate goes back and forward for a few minutes. I spoon rice into my mouth while going ‘Mmmmmmmm!’ He remains unmoved.

I’m left with no other option. I’m going to have to dance.

I hastily compose a little song. Basically it goes like this:

I move around the room singing this while doing a crazy marching dance reminiscent of Suggs from Madness when he sings One Step Beyond (note to Safefood. I’m really earning my flipping money here).

My son laughs and softens. I take the opportunity to stuff some rice into his open mouth.

He doesn’t completely hate it.

He begins to feed himself merrily. Every time I try to sit down he shouts:

‘Daddy do the song and the dance again.’

I keep doing it. He keeps eating.

He’s eaten about two thirds of the bowl when he decides he’s had enough. I pull another old trick.

He’s a better negotiator than me and we settle on three.

I feed him two spoonfuls and then pretend I’ve lost count and have to start again. By the time I’ve finally got to three the bowl is empty.

Then he drinks a fruit smoothie. Strawberry and banana. Tomorrow I might try a little sliced apple as well.

As he goes happily off to school I remind him that I’ve made him a healthy packed lunch, but his mind is already in the playground with his friends.

That’s day one. I have to do this for three weeks.

I think I’m going to need some new dance routines.

For more information about the START campaign visit http://www.makeastart.org