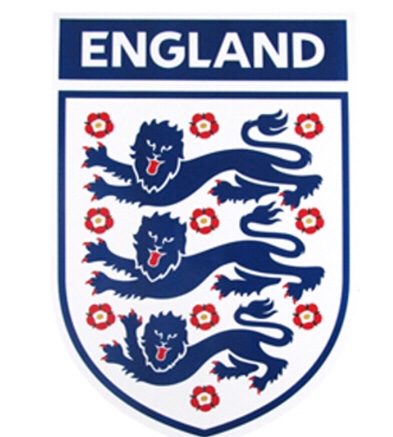 I was at the play-park with my son this morning. Soon I found myself in the middle of a small group of parents, awkwardly trying to make conversation.

Two subjects were up for discussion. First was the untypical weather (A powerful spell of heat. We’re not built for this. Have you ever seen the lawns so yellow?).

The second topic was the World Cup. Or to be more specific, England at the World Cup. And just like the weather, everyone had an opinion. The theme was consistent. They’d better not win the bleeding thing. It’s not the players, it’s the media I don’t like. We’ll never hear the last of it if they win.

To be clear, it was me automatically mouthing some of these remarks without thinking, just to fill the uncomfortable silences when other people expected me to say something.

But there were a couple of things I took away from the chat with a group of middle-aged women. First how inescapable the World Cup and England’s success has become, as ubiquitous as the summer sun. Second the almost universal desire for one of our closest neighbours to fail in the global sporting contest. Perfectly moderate and reasonable people were telling me that they are now fans of Croatia.

And it’s been far from a unique experience. I’ve found myself having this conversation over and over again in the past month. Last week I was in a bar in Italy watching a large, red-faced Irishman yell at the top of his voice over and over ‘Come on Colombia! Fucking come on!’ When Colombia scored a last minute equaliser against England I found myself leaping out of my seat in excitement.

When passions cooled and we tried to reason our behaviour through, the explanations were always the same. It’s not the players – it’s the way the fans and media react. The fact that they insist on shoving it down our throat.

It works as an explanation in the pub (or even the play-park), but does it retain any credibility when subjected to proper thought? I found myself, as an exercise in self-analysis, trying to examine my attitude to the English football team and my explanation for it.

I should start by pointing out straightaway that there will be a fair proportion of people on this island who will always side against the English on political grounds. That’s their right. But in my experience the antipathy I’ve described towards English sporting success goes deeper than this and spreads to those of all political persuasions and none.

Looking at what has happened in Russia, the team itself seems to be intrinsically likeable. The manager comes across as thoughtful and modest, the players work as a unit without any stand-out stars and they have been among the least guilty of the horrible play-acting and simulation which has blighted many games. In this tournament the antics of Neymar turned me off Brazilian football for the first time. There’s also a pleasing anonymity to the squad. I’m a casual football fan but there were three members of England’s starting XI who I’d never even heard of before the tournament started (Maguire, Trippier, Pickford). The fans have been well behaved in Russia, with none of the ugly scenes of alcohol fuelled violence that many had feared.

Which brings me to the most often repeated accusation, it’s not the players, it’s the media. The smothering blanket of uncritical adoration which turns the rest of us off.

Well, yes. The English are guilty of it, just like the media in every other country which competes in major sports. RTE are just the same with their coverage of the Republic of Ireland when they have competed at major tournaments. I’ve seen similar treatment in the Italian, French and Spanish media.

Yes, there have been parts of the English adventure which have been annoying (the dreary banality of hearing It’s Coming Home chanted again and again, Piers Morgan), but these are surely sins of humanity rather than of Englishness.

I remember two summers back listening to a couple of Northern Ireland’s matches at Euro 2016 on BBC Radio Ulster and it was clear that any attempt at impartial analysis had been completely abandoned in favour of jingoistic cheerleading. It didn’t bother me at the time and I don’t remember anyone else complaining.

I worked in the print media here when Northern Ireland were on their wonderful Euro adventure. In the paper where I was then employed we wanted to own it, to celebrate every little part of it, to indulge that indescribable magic which had been created in the hearts of so many people.

It’s rare for the media to be able to be part of an event which makes so many people feel good, to be associated with the hypnotic escapism. We had a little bit of it at the Euros. Twenty million people watched England play Sweden at the weekend. Any media organisation which didn’t want to wrap that particular flag around their pages or broadcasts would, honestly speaking, be bonkers.

As I probed deeper into my own psyche it occurred to me that the ‘it’s just the media’ argument sounds like a feeble excuse. An explanation which can be mechanically parroted because it sounds reasonable, but which truly conceals something a little bit more unpleasant.

I think that following sports is defined by emotional reactions rather than logical thought. An Irish Tottenham supporter could idolise Harry Kane and Deli Alli when Spurs play at Wembley but boo them when they play for England at the same ground just days later.

In a similar illogical vein I’ve always been conflicted about the English football team. Part of me recognises that the World Cup is more fun when they’re in it, wanting them to maintain that interest for just a little longer. But then there’s a bigger part of me which doesn’t want them to do too well, God forbid certainly not to win it. I know I have no political antipathy against the English so I find this hard to understand or to justify.

Perhaps the best explanation is simple jealously. They are just too close and familiar and I don’t want them to do too well because it’s a reflection of what I know I’ll never have. Better to have some far off exotic country winning the thing, rather than a neighbour who will flaunt it in our faces.

I was in San Marino last week. It’s a stunningly beautiful country, which makes a virtue out of its tiny size. There’s virtually no crime, the standard of living is high and there’s no national debt. In every logical sense it’s an enviable place to call home.

But, perhaps because I was influenced by the World Cup, I found myself thinking what it would be like to be sports mad growing up in the tiny country. Knowing that you’ll never qualify for a World Cup or any major tournament. Knowing that the sheer logic of numbers means that successful home-bred sports stars will always be a rarity. It made me a little sad.

Coming from Northern Ireland we are lucky that our sports stars have massively over-performed on the international stage. In footballing terms, whether you support north or south, there is even the odd major tournament adventure to excite the senses.

The World Cup is the biggest show on earth and winning it is surely the ultimate achievement in sport. There’s nothing else (with the possible exception of The Olympics) which makes the mummies in my wee village stop to chat about sports as if it was the weather.

But Ireland, north or south, will never win it. That’s the Everest we can never experience. We will never have a 1966 to talk about.

But there’s always a slim chance England will. They might even do it this week. Through gritted teeth I’ll even wish them good luck.