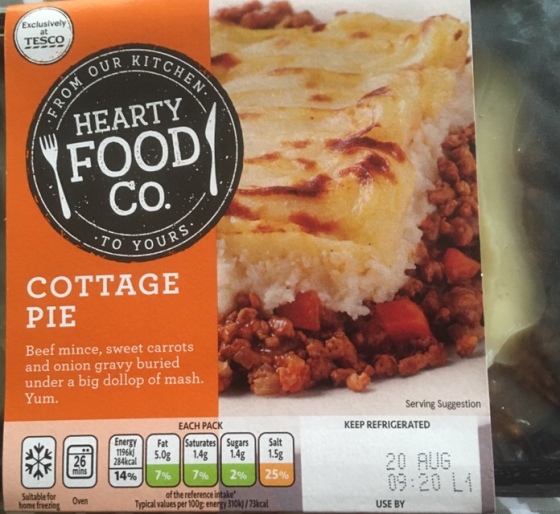 He cursed his own idiocy.

It had been madness to come to the supermarket on a Saturday afternoon.

After all, the shop was open 24 hours, he could easily have come at 1am when the only people here would be the shelf stackers and those inspecting items in the Reduced section.

But here he was, each nudge and jostle adding to his stress levels, prompting thoughts that took him closer towards being a person he didn’t like.

He’d already had an awkward encounter with a young assistant who looked at him with a puzzled expression when he’d asked if the spuds for sale were Earlies.

Then there had been the row with the aggressive young woman over the last pre-prepared cottage pie in the meals-for-one section.

The bitterness of her parting words stayed with him like a curse. Well, I hope ye choke on it….

Now, as he gingerly manoeuvred his trolley, he was looking for an escape route, the quickest way to get his shopping and flee back to the refuge of his home.

But the queues at each checkout were so long that it was difficult to see where they ended. They all seemed to criss-cross and overlap, until it became a sea of confused and bored people.

Then, he spotted it. A checkout with just one shopper. A shopper who seemed close to being ready to leave.

The till was marked No alcohol, which probably explained the lack of Saturday shoppers flocking towards it. But, no matter, he wasn’t buying alcohol today.

With new determination he began to force his trolley towards the checkout, striking another trolley with a young child on board and sending it spinning like a crashed car in a bad cop film.

He reached the till and thumped the Next customer bar onto the belt with a satisfying slap. He congratulated himself for the decisiveness of his actions as he unpacked the cartons of yogurt, tins of beans and the guacamole-inspired dip.

In front of him was an elderly woman. The young checkout assistant was finishing packing the customer’s items into Bags for Life.

The woman opened her small, black purse. She stared into it for some time, apparently totally unaware and unconcerned about her surroundings.

The young checkout assistant met his eyes. Then she glanced at her watch and waited.

Eventually the woman started to take sheets of white paper from the purse, setting them out individually on the flat area.

At first he thought it was five or ten pound notes, but then he saw they were too white, closer to the appearance of receipts.

Eventually the woman had created a pile of little sheets of white paper big enough to choke a camel.

Then at last she looked up, to the checkout assistant and her face opened into a wide smile.

‘ Hello dearie, I’ve got some vouchers that I want to use up.’

Then she turned to him, that same smile, utterly without cynicism.