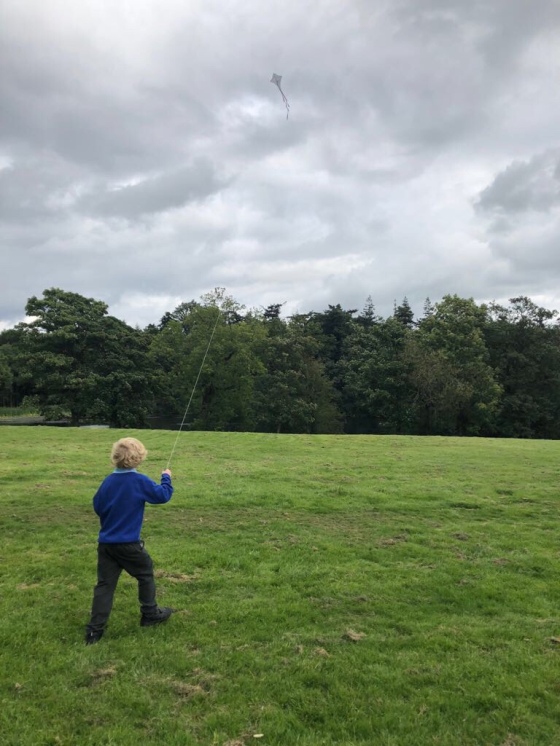 There’s nothing more demoralising than having your hopes raised, only to be let down by the realities of life.

It’s like every time I get a call on my mobile from an unknown English number. Against all reason there’s always a part of me that believes that it might be good news. Perhaps some publishing giant has noticed one of my stories and is calling spontaneously to offer me a million pound book deal.

Which makes it all the more bitter when it inevitably turns out to be someone who can’t pronounce my name trying to sell me PPI or asking if I’ve been in an accident in the past five years.

And that’s how I’ve felt about kites from childhood.

I’ve always been enchanted by the concept and intoxicated by the possibilities of controlling a gracefully soaring object high above the tips of the trees.

But experience has taught me that they never work.

I endured a series of disappointments with kites as a child, both amateurishly homemade ones and cheap, garishly coloured items bought from shops.

The story was always the same. A confusing, untidy mass of sticks, string and plastic which stubbornly refuses to go into the sky.

Foolishly I’ve run along beaches and fields trailing the limp objects behind me, bumping them up and down along the ground like a sleeping dog being taken for a walk. Occasionally, just occasionally, a gust of wind might lift it a few feet into the air, bringing howls of excitement, only for it to crash back onto the sand seconds later, limp and flaccid, like a seagull which has been shot with a rifle.

And then I end up throwing the cheap kite away, recording it as just another of life’s broken promises, another little bit of innocence lost.

I remember when I was at primary school my class were asked to compose a story or poem for a junior literary competition. The assigned subject was The Kite.

I threw myself into the task, baring my soul in a young Larkinesque display of cynicism and rebellion.

But instead the white kite proved to be shite.’

I don’t think the horrified teacher read any further and I was promptly sent to the principal’s office for a good thrashing. My teachers were quite determined that any aspiring literary ideas would be beaten out of my head.

Now I’m not suggesting here, as a blanket statement, that kites don’t work. I’m not saying the whole concept is a complicated hoax. Of course people who know what they are doing, and who have a properly made kite, can enjoy the hobby quite successfully.

It’s just that, for a child, the practice was not immediately accessible. It never worked quickly or well. Therefore it gets recorded as a misadventure. It’s one of the many things which is just not as good as you hoped it would be.

And now, as the parent of a little boy, the story has continued with the same narrative.

Last year I bought my son a kite. A complicated looking creation, painted with eyes and bared teeth.

He was full of excitement as I began running along Newcastle beach.

But within five minutes he had abandoned it and was off collecting pebbles as I vainly tried to convince the wretched article to soar above ankle height. There was plenty of wind on the day but it made no difference.

The fact that there was another father on the beach dazzling his children by controlling a flying drone with a remote control only increased my sense of inadequacy and witlessness.

It was bad enough when I couldn’t get a kite to work for myself. But the wound is that much more raw when I’m trying to explain to my own little boy why I can’t get the kite off the sand.

Which brings me to this week. Thursday lunchtime and I was in my usual position in the school playground picking my son up from class.

As the P2 children started to file out I was surprised to see that they were all holding bright white kites.

All except my son.

He was dispatched and greeted me with the words, ‘Daddy, you didn’t send in the Fly A Kite money’.

I quickly learnt that there had been a workshop in the school where the children were permitted to produce a design which a kite-maker then transformed into their own personal kite.

The only problem was I knew nothing about it.

It’s entirely possible that the letter never made it home. It’s perhaps more likely that it did but I just didn’t see it in the midst of all the fliers and brochures advertising churches, dentists and private tuition classes, and unwittingly threw it in the bin.

The end product was that my son was allowed to participate in the workshop but was told that he could not bring his kite home until the requisite five pound fee was produced.

Now, there is probably a discussion to be had about the wisdom of allowing a small child to make an object, but then denying him the right to bring it home when he can see all of his friends excitedly grasping their kites as they leave the classroom.

I was already wary of kites. Now this was compounded by the shame of me being the parent who had forgotten/neglected to send the money in so his child could have the same experience as all the others.

I apologised to my boy and sent him off this morning with the money in his bag.

And then at lunchtime mummy and I were there to meet him as he trotted across the playground bursting with pride at the Mr Men design he had drawn on his little white kite.

And, naturally, he wanted to see it fly. So we undertook the short drive to the forest park.

As we were walking to the green area my little boy talked incessantly to mummy about his pride in the kite, showing it to her again and again. I walked a step or two behind, already mentally rehearsing what I would say to him when it didn’t fly.

We walked into the middle of the field. My son handed me the kite, grinning nervously. I examined the object – small, white, triangular, held together by sticks and with long ribbons sweeping out below. It looked like a well-made kite.

I unraveled the string as I felt the wind begin to rise. Then I started to run. I ran for some time before I looked back.

When I did the kite was high in the air. Very, very high.

And what’s more, it stayed there.

My son danced below it with unbounded joy.

It was almost too successful. At one point it was being pulled so strong by the wind that my son seemed to think he was going to be lifted into the air alongside it and yelled ‘Daddy, I’m scared!’

But I was quickly beside him to hold his hand and tell him that he was doing brilliantly and had made a wonderful kite.

Over and over I kept repeating to nobody, It works, it really bloody works.

Even after my son had got bored and decided he wanted to go to McDonald’s I was still running around with the kite, until sweat stained my shirt.

Then we left the field, feeling a little bit more satisfied with ourselves than the mere flying of a kite probably warrants.

And as we walked back to the car my mind was full of thoughts. There are many things in life which don’t turn out the way you hope and it’s all too easy to become cynical and fearful. But every so often something does happen just the way you wanted. Then you might see your little boy dancing with joy. And the world seems to be a slightly better place.

As we got back to our car we met the mother of another child who is in my son’s year at school. She greeted us and noticed me holding the kite.

‘We took ours out yesterday, and it really works.’ 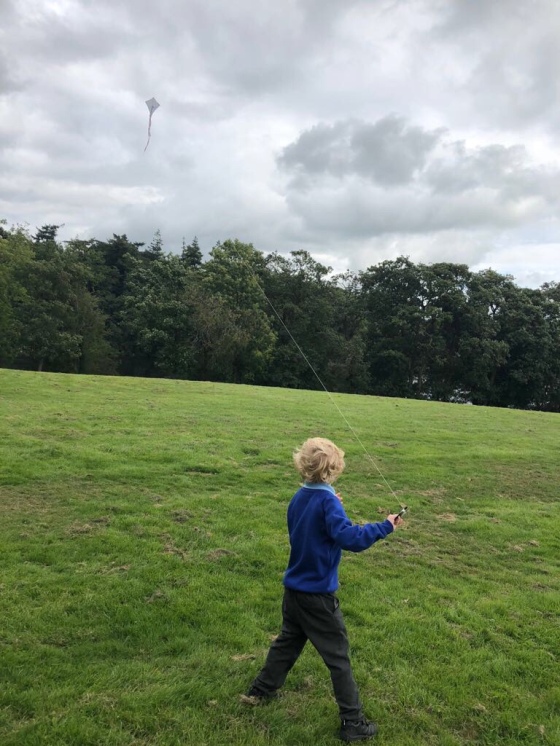 5 thoughts on “Hope, fear and the little white kite”