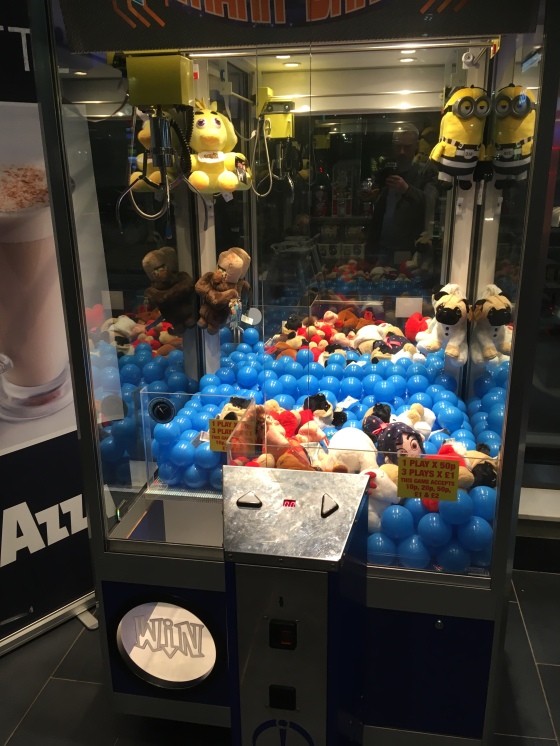 We’ve been stuck in the house all morning. All three of us swamped by the cold, a seemingly never-ending alternation between being bunged up and dribbling.

Too much time cooped up together inevitably leads to irritation and tantrums so mummy and I decide we have to get the wee man outside.

It’s a bleak midwinter day. We load the car and head towards the city. The long lines of Christmas shopper traffic dissuades us from the retail centre so instead we skirt around the edges.

We find ourselves in the east and mummy suggests a visit CS to Lewis Square. This is a good idea because my boy has recently been reading The Lion, The Witch and The Wardrobe and it’s nice to be able to tell him that there’s a local origin to that word of magic.

The square is deserted, save for a youth doing tricks on a bike and two others who may, or may not, have ingested illegal substances.

My son enjoys touring the statues and murals, putting images to the concepts that have only existed in his head until now. He’s dazzled by the size and majesty of the Aslan sculpture.

We’re happy to let him wander round and explore, but have to gently guide him away when one of the youths begins to relieve himself against a tree.

The days are short in December but there’s still a little daylight left so we head off in search of more adventure. This time I come up with the idea. Let’s go to the play park in the Stormont estate. We’ve never been to this facility before but lots of parents have enthusiastically spoken of its virtues.

But when we reach the site we find only a building site, piles of mud and diggers. The park is undergoing major refurbishment and is closed for months.

We walk around the estate for a while but it feels like the engine has run out of steam and soon we head for home.

Back in the car a running joke soon develops, instigated by my boy.

‘Imagine silly daddy bringing us to a play park which isn’t even open!’

I’m happy to go along with it. After all, that’s my allocated parental role. The good natured, bumbling oaf of a daddy who tries hard but gets it wrong most of the time. When we play Home Alone I’m always given the role of the dopey robber and find myself tripping and falling all over the house while my clever and devious son escapes my clutches.

On the way home we stop at the motorway service station. My boy is always a picky eater but his cold has escalated this trait. A sausage roll is one of the few things I can think of that he’s likely to eat without complaint.

We sit in the dining area, wiping crumbs off the table as he nibbles a giant sausage roll and mummy and I sip tepid coffees.

But the respite is short. Soon he’s bored again and looking for more fun. My coffee is rancid anyway so I rise to the challenge and lead him away to the play area.

There’s a mechanised superhero ride, the sort you put a pound in and then watch it go round slowly. I suggest my boy might like a go.

But when I lift him in he’s almost too big too fit in the car. Then he’s embarrassed by how slowly the  car moves. It’s clearly designed for a much smaller child.

Silly daddy has got it wrong again. Forgetting that his son is growing and developing every day, and what worked once now just seems infantile and feeble.

Then we spot the claw machine in the corner. He’s immediately drawn to the bright colours and flashing lights. He circles the glass case and then spots a Minecraft teddy attached to a ten pound note. He’s been playing a lot of Minecraft recently.

‘Daddy, let’s get the Minecraft teddy!’

I immediately try to lessen his hopes. Of course we’ll have a go but these machines are designed so you never win, I tell him. You can’t beat the machine. The parental lesson, I’ve already decided, is that you can’t always get everything that you want.

A pound gives you three goes and I slip a couple of coins into the machine. There’s one button which moves the grabbing claw backwards and one which moves it to the side.

We both have a few goes. On a couple of occasions I get close, grabbing the teddy and lifting it slightly before it falls again, like a bird that’s been shot out of the sky.

I tell him again that this is how the machine is designed, so it tempts you into thinking you’ve got a chance. You can’t beat the machine.

Then he has another idea.

‘Get mummy! Mummy will be able to get the Minecraft teddy!’

And so mummy is summoned from her cup of tea. But, by the time we get back to the machine, a young girl is playing. We watch her for a few minutes, inserting coin after coin, lifting the brightly coloured teddies only for them to drop again.

Soon she gives up and gives me a little resigned shrug as she walks away. She understands now that you can’t beat the machine. It’s part of growing up.

Then mummy has a go, but fares no better. She’s in the process of telling our son that the teddies never come out when I decide to have one last go. I put in the last pound coin in my wallet.

On the first two attempts I get close, lifting the Minecraft teddy and bringing yelps of excitement from my son, before it inevitably falls back into the mess of cuddly toys and notes, leaving him deflated.

There’s nothing perceptibly different about my last go. I do exactly the same as before, positioning the claw above the brown teddy and then hitting the button.

Again the teddy is hauled into the air. But this time it’s different. Perhaps there’s just a little bit of Christmas magic in the air because this time the claw holds fast. The dangling teddy is moved across the surface before being dropped into a hole from where it can be retrieved.

My son jumps up and down, mummy does a little dance, I punch the air. At my age I really should know better. Then my boy gives me a really big cuddle.

He grasps his new toy close and casually casts the ten pound note aside. In truth it may be the ugliest teddy I’ve ever seen but that doesn’t seem important now.

Even at my age I can still learn new things. Sometimes you can beat the machine. And sometimes, just sometimes, silly old daddy isn’t quite so silly after all. 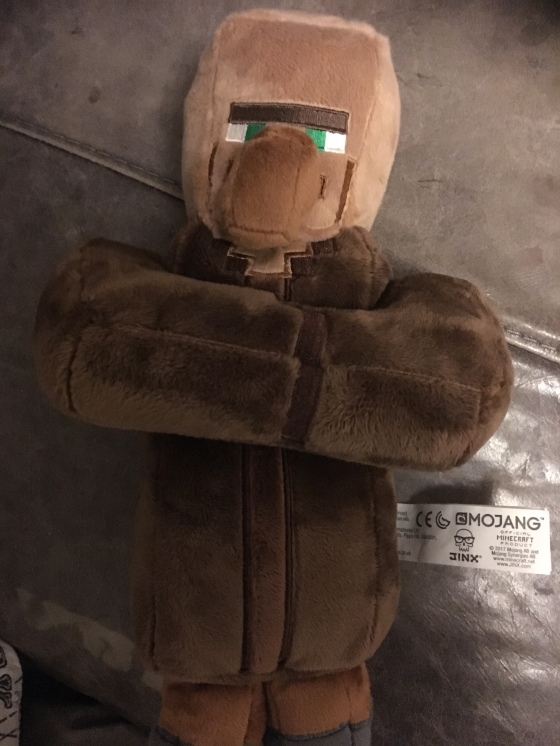