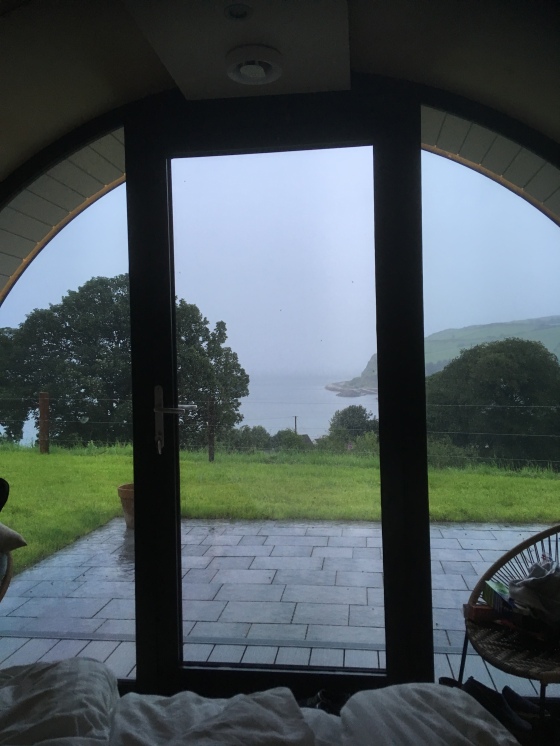 Our story begins, as stories often do, with a long journey.

The travellers are in good spirits. That lasts until they reach the end of the driveway and the youngest asks for the first time ‘Are we nearly there yet?’

Daddy grips the steering wheel a little tighter. To ease the tension mummy puts on CD of CS Lewis stories. They tell of mystical lands, fantastic creatures and magic. Daddy’s mind begins to cast its own spell.

Some time later we come to a strange place. The road signs tell us it is known as Larne.

‘I don’t like it here,’ the son whimpers quietly in the back of the car.

‘Aha,’ retorts daddy. ‘But this is merely the gateway, the passage into our world of adventure. We are now entering the Antrim coastal route, a magical place of sweeping glens, rugged landscapes and settlements with strange names – Waterfoot, Ballintoy, Lisnagonugue. At the very far end of the kingdom is the mythical place known as Barry’s Amusements where legend has it that the deep magic casts a spell so that currency loses all value.

‘We are now entering,’ daddy exclaims proudly, ‘the kingdom of Larnia.’

A hard edge comes into his son’s voice.

Mummy rolls her eyes and watches the raindrops on the car window.

The Chronicles of Larnia encompass seven stories which cover all of our heroes’ adventures in the enchanted land.

The party reach the pretty ancient village of Glenarm and find the small glamping pod on the edge of a hill which is to be their home for the next two nights. It emerges that the kingdom of Larnia exists under a strange curse where it is always raining, but never summer.

Mummy and daddy concur that the views of the coast are majestic. Son prefers to play on daddy’s phone. Then son expresses alarm as he explores their quarters and finds only a small bunk bed. Daddy, however, has knowledge of the deep magic and transforms the sofa into a pullout double bed. Son gazes upon daddy with newfound respect.

THE DADDY, THE SOCKS AND THE UNDERPANTS

Daddy neglected to begin packing until two minutes before our heroes left their home. Thus, when they arrive at their quarters in Larnia he finds that he is bereft of spare socks and pants. Daddy enters a sombre introspective mood.

Rather than spend currency on replacing his garments he decides to wash and reuse what he is already wearing. Unfortunately Larnia’s harsh climate forbids the drying of clothes. Daddy has to wear wet pants and socks throughout the adventures. It brings merriment to all at first until he goes to a public toilet and realises his pants have stuck to his skin like velcro.

On the second night, during high winds, the socks and pants mysteriously disappear from the fence where daddy left them. Daddy returns home closer to nature than he left.

THE BALL AND HIS BOY

At the end of a tiring day as the party return to quarters son demands a toy is purchased for his leisure.

Daddy’s explanation that they are many miles from civilisation and that there are no toy shops or Amazon here is met with a threatening silence.

Eventually daddy finds a roadside garage, refuels and returns to the car triumphantly with a brightly-coloured plastic set containing two sticky mitts and a ball.

Back at quarters mummy and daddy attempt to rouse some enthusiasm for the decrepit toy by wearing the mitts and throwing the ball between them in the drizzle.

Eventually he relents and agrees to take a turn with the ball. He draws his arm back….

And hurls the ball off the edge of the cliff.

There is a stunned silence.

And then he begins to wail.

‘You can get it back for me can’t you daddy?’

Daddy climbs over the fence and peers over the edge of the mountain and down the steep muddy slope with a lack of certainty.

It emerges that son has already lost interest and is now playing a game on mummy’s phone. Daddy is left alone to scale the dangerous ascent back to quarters.

Overconfidence strikes him when he gets to the top and tries to leap over the fence with a single bound and ends up painfully trapped on top of the wire, with one testicle on either side.

PRINCE JAMES: THE RETURN TO LARNIA

A combination of excitement and tiredness is bringing out the worst in son and he rows constantly with mummy and daddy.

When daddy tries to reason with him he whines incessantly ‘Daddy’s not being nice to me!’ Sleeping arrangements at quarters are a vexed issue.

Daddy’s initial suggestion that he and mummy should take the double bed while son takes the bunk bed is not well received.

A compromise is reached that mummy will share the bunk with son until he falls asleep and then return to the double where daddy is resting.

Instead it is mummy who falls asleep on the bunk bed first and moments later son wanders into the room with the double and crawls in beside daddy.

Then he sprawls out across the mattress.

‘Move over daddy! No room, move over!’

Eventually daddy is forced from the double and has to go and join mummy huddled in the bunk bed while son sleeps serenely in the double.

Daddy endures a miserable troubled sleep. He eventually drops off sometime after 4:50am.

At 5am son roughly shakes him awake.

‘Time to get up daddy! Time for more adventures!’

THE VOYAGE OF THE SEAT ALTEA

The journey through the magical lands of Larnia is undertaken in daddy’s faithful old trusty vehicle. Unfortunately the car proves unequal to the task of navigating the narrow winding roads which stretch across the landscape.

During one adventure mummy notices a foul odour and smoke coming from the engine. It is agreed that engine oil and water are required.

At the nearby garage mummy instructs daddy to open the bonnet. He scratches his chin and looks puzzled.

Mummy opens the bonnet and tells daddy to insert the oil and water. He peers round the side.

‘Do you know where they’re supposed to go?’

Later on, with the noble vehicle restored to health, the party stop for dinner in the coastal village of Carnlough.

When they return to the car daddy tries to open it with the key fob.

‘Now the darned key’s not working,’ he complains bitterly. ‘I’m cursed I tell you.’

He tries to open the car door by inserting the key into the lock. The car alarm goes off. He realises this is not his car.

Our heroes flee on foot.

Eventually the mythic land of Barry’s Amusements is reached and stormed.

The legends turn out to be true. Currency has no meaning here. Notes are given over and little bags of silver tokens are handed out in return.

‘That should keep us going for the rest of the day’, daddy says hopefully.

Fifteen minutes later he is sent back to the booth to secure more of the magic silver tokens.

It is still raining. In truth it never really stopped.

It is three in the morning. Mummy and son are sleeping in the double. Daddy is wide awake on the bunk writing The Chronicles of Larnia because….well because that’s just what he’s like.

We’ll be going home in a few hours.

A lot seems to have happened, much time seems to have slipped away. But when we get back it will be like not a second has passed and the world will carry on as before with work, school and routine.

Perhaps after a while, when hard logic surrounds us again, we’ll not quite believe Larnia ever existed at all.

But then some evening when we’re all together we’ll talk about it, we’ll recall the fun we had. The time daddy forgot his pants, the time son threw the ball over the cliff and daddy had to get it, the time daddy tried to get into the wrong car. We’ll remember the laughs and then all of the magic will come flooding back again. 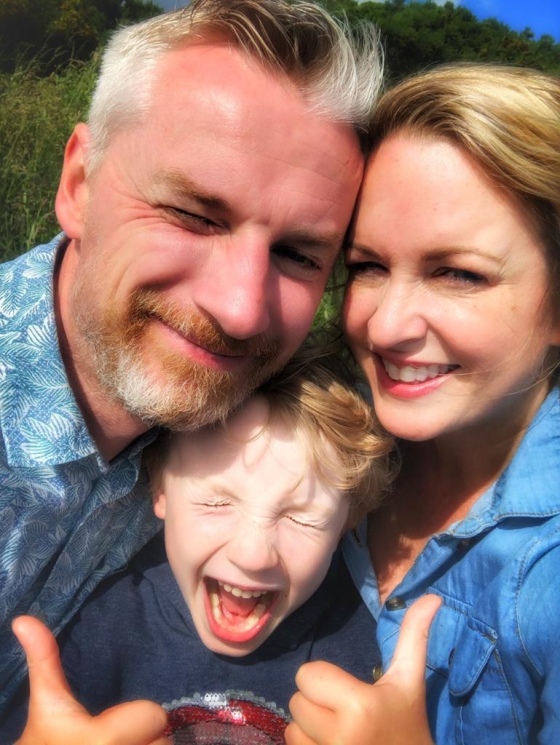 2 thoughts on “The Chronicles of Larnia”