For Bernadette it was the one day of the year in which she could really let her hair down.

She led a simple life. No socialising and she hardly ever touched alcohol.

The life suited her although there was always that nagging voice in the back of her head, asking what might have been.

Perhaps this was why she was looking forward so much to her birthday this year.

She knew what she wanted. A smartphone. All her friends had them.

Texting , social media, video calls, all the exotic possibilities made her blush slightly.

She had been dropping heavy hints for months now about wanting a phone.

Finally the day arrived. The present was the right shape and size.

She could barely control her shaking hands and thought her heart may burst out of her chest.

She ripped frantically at the wrapping paper, pulling it off in strips until…..

….’Aw no, not another fecking cross!’ 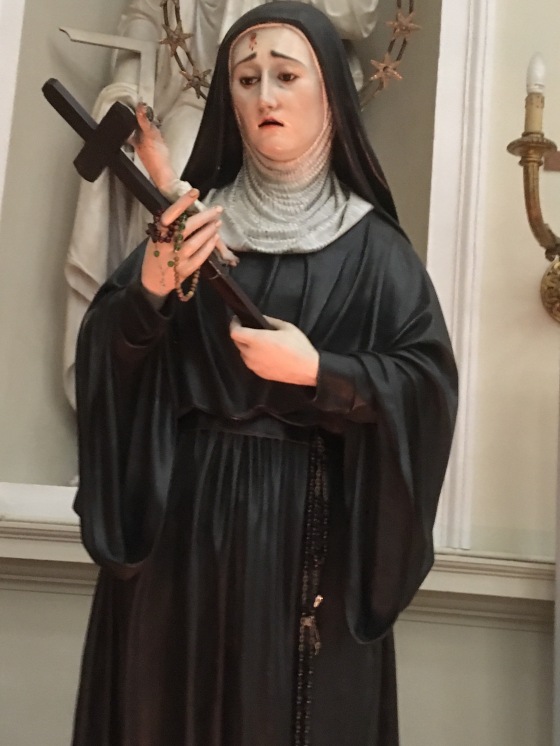