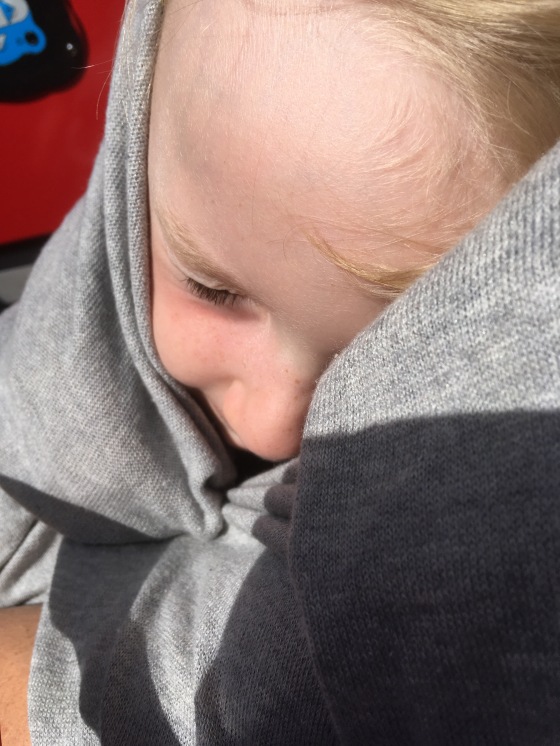 There are certain subjects which inevitably stir strong reactions in people.

Children sleeping in their parents’ bed.

This last one was brought to my notice recently when I saw a comment from a woman I don’t know on Twitter. She told how she had been left upset by the negative reaction after revealing on social media how her three-year-old daughter slept in her bed. She was now wondering if she was a bad mother, like so many people were telling her.

Leaving aside the obvious point about online trolling, I was struck by the strength of the backlash against such a seemingly innocent practice.

I generally avoid Twitter debates and I usually try not to burden people with my advice but I sent a message to this mother telling her to pay no attention to what people who have never met her child think. I suggested she knew her child best and told her to enjoy every moment of it.

A few minutes later my phone flashed a little message that she had liked my reply.

But, as often is the case, it’s easier when you are talking about other peoples’ issues than your own. This is a post which I’ve put off writing for some time. And a subject that I’ve often waltzed around.

But now it’s time to grab the aardvark by the protruding nasal implement.

My four-year-old boy sleeps in our bed.

I’ve usually struggled to be quite so direct when talking with other parents about his sleeping arrangements for exactly the same reason that bothered the mother on Twitter. The questions over my parenting judgement. Concern that someone will think I’m causing my child harm.

I met a father recently who told me he had fitted a lock to his bedroom door to keep the children out. This seemed absurdly extreme yet I just nodded and smiled along as if it was normal practice.

In our house we’ve always operated an open door policy.

My son has his own room with his own little bed which he loves. He often plays in there. Several times we’ve tried strategies to get him to spend the night in his room, with varying degrees of success. But in the end he always seems to find his way back to where he is most comfortable, snuggled in the warmth between mummy and me.

He’s obviously ok with it. I’ve probably spent more time thinking about this than any other parenting subject but I always come back to the same conclusion. I’m ok with it too.

Just to get a few things straight. I’m not advocating very young children co-sleeping, the dangers of that are well known. Similarly if our boy is still sleeping with us when he’s 14 then I think it would be time to call in help.

But he’s four. He likes to do it. We like having him there. Does that make it OK to co-sleep? What’s the consensus?

As a test I Googled the phrase ‘children co-sleeping’.

The first page of results throws up the following: ‘9 ways co-sleeping affects your child’s personality’, ‘The dangers of sleeping with an older child’, ‘Why the benefits of sharing a bed with your children outweigh the risks’, ‘Five benefits to co-sleeping past infancy’ and ‘Your kids’ bad sleep habits caused by co-sleeping’.

The first one I read suggested co-sleeping causes anxiety in children. The second said children who co-sleep have less anxiety.

Are you finding this helpful?

Like most things in life there’s plenty of supposed evidence and research to confirm your own particular bias, whatever it may be.

Like most occasions in life I’m forced to ignore all the contradictory advice and use personal experience to mould my own thoughts and opinions.

There are plenty of evenings when I’ve wished our boy was in his own room, anywhere other than in our bed. When he wakes you up for the sixth time in a night looking for a drink, or when his feet push me out towards the furthest, coldest edge of the mattress. When he yanks the duvet away.

On the other hand there are the cuddles, the warmth of him against me. Watching his little chest move up and down. Wondering what’s happening in his dreams. Holding his soft hand.

And the moment when he wakes up in the morning and gives you that sleepy smile.

But it’s not really about me. It’s about what’s best for him.

Usually the simplest question is the right one. Does it give him the best night’s sleep?

Sometimes I watch him in the night, he’s asleep but reaches his arm out to touch mummy or me, just to make sure we’re still there. There’s obviously a comfort in that for him.

He sleeps well in our bed. His mind is settled. When I see him lying beside us he always seems happy.

But does the practice have an impact on his personality?

Yes, he can be overly-sensitive, a bit clingy, sometimes afraid of new things. But I’m not sure I understand how forcing him into a room on his own at night would alter that. Not through any method that I like anyway.

On the other hand he’s emotionally open, full of affection and certain of the love of his parents. Just like many children who don’t co-sleep.

So I suppose you just have to go with your gut. Your parental instinct of knowing what’s best for your own kid. Because you’re the only one who really understands them.

My suspicion is that putting him into his own room at this stage would lead to more nights of broken sleep for all of us. More incidents of waking in the dark and calling out for help. More tears. More fear.

Most things which I’ve tried to impose on my son in his short life haven’t worked. I’ve learnt that it’s usually best to let him get there at his own pace. I’ve got confidence that more often than not he’ll find the right way.

And I think it will be that way with sleeping too. There’ll come a point, probably not too far off in the future, where he’ll decide it’s simply cooler to be in his own room.

Until then I’m going to enjoy every single cuddle.

4 thoughts on “The sleeping arrangements”