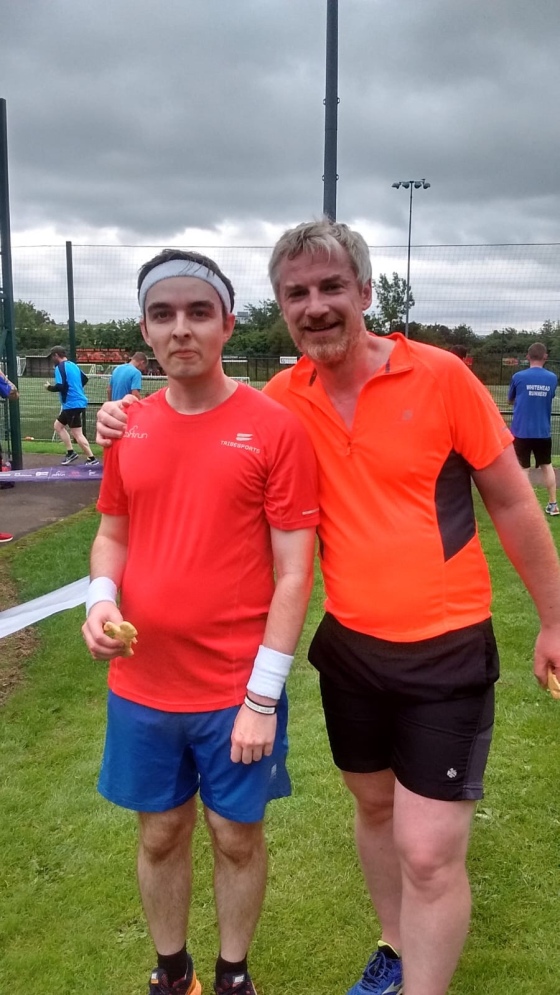 Sometimes in life you need to have something to aim towards.

It might be a sporting or academic achievement, a target at work or even a list of tasks to be completed on a daily basis. Just something which helps to bring some order to the chaos of the mind.

Occasionally I’ve tried to focus my random brain through the discipline of running, and more specifically by competing in Parkrun events.

The Parkrun phenomenon is well known, but just in case anyone is unaware, the event consists of a free timed 5k run which takes place in hundreds of public locations across the UK every Saturday morning at 9:30am.

Participants sign up online and receive a barcode which records and stores their times.

Now, I’m known to have a particularly cynical nature but it’s quite hard to be cynical about the Parkruns. The runs are organised and marshalled by unpaid volunteers (I’ve always been fascinated by the selflessness of people who give up their own time for the benefit of others).

As well as the obvious athletic benefits, Parkrun works on a social level. It’s essentially non-competitive and fuelled by a sense of common purpose and mutual encouragement. I’m right at the outer-perimeter of the social spectrum but even I now nod at several people who I’ve met through Parkruns. On one occasion, after I’d returned to my home course after a long absence, one of the organisers hugged me as I crossed the finish line exclaiming ‘It’s good to have you back Jonny.’

There’s something strangely reassuring about the gathering of all the participants at the end of the run, breathlessly sharing their anecdotes, flushed with pride at their achievement. Generally I’ll sit on a low wall at the edge of the crowd silently enjoying the camaraderie of others.

I ran my first Parkrun four and a half years ago and I’ve now completed 77 events. I also introduced my younger brother Chris to the Parkrun and he’s now sent off for his t-shirt having completed 100 runs. He’s come a long way since he was overtaken by an old woman pushing her shopping cart during his first Parkrun.

My attendance over the past number of years has not been consistent but I’ve always tried to maintain some link. I know that it’s not a coincidence that all of my periods of sporadic mental illness have occurred when I have not been running. It’s been my experience that nothing combats depression more effectively than exercise.

My performances have varied wildly. When I’ve been regularly training and feeling well I’ve run under 20 minutes for the 5k (my PB is currently 19:32). In darker times I’ve seen myself taking more than half an hour to stumble around a course.

But the net result is the same, I feel like a better person when I finish than when I begin.

But my nature insists on setting targets. My waistline, which is expanding faster than a balloon being inflated, probably prohibits me from targeting my PB anytime soon.

Which brings me to another aspect of the Parkrun culture, the tourist. The Parkrun tourist is a runner who travels around the various courses in a nomadic quest to compete in as many as possible.

According to the Internet there are 25 Parkruns in Northern Ireland (although new events are being added frequently). There are 7 in Belfast alone. I have run just three courses, Wallace Park in Lisburn is my home course, Carrickfergus is Chris’s home course and Victoria Park in Belfast is the flattest.

It occurs to me that it might be fun to try and get around them all. Portrush Parkrun is on a beach where I used to play as a child. There’s a Parkrun in the glorious grounds of the Stormont estate. The largest local event takes place in Ormeau Park. Would I be audacious enough to travel as far away as Cookstown or Enniskillen merely to do a 5k run in the depths of winter?

Regardless, I think it will be fun to have a go. I suppose I’ll post occasional updates on my wee blog.

If you happen to see a strange man standing on his own at your local Parkrun, that may well be me. Feel free to come over and say hello, I’m really not as unfriendly as I seem.